The Cabinet of Dr. Caligari is one of those films you are supposed to have seen. In my memory, it was one of the movies Reg Hartt used to advertise for his Cineforum screenings in Toronto. I’ve always wanted to see it, but never really had the chance.

It’s available now on Criterion in a 4D restoration, based, as so often seems to be the case, in part on copies preserved in South America (the same was true, if I remember, for The Deadly Invention). The restoration is very clear and high quality.

It’s a fun story, which I won’t say anything about here, because it has a good twist at the end.

My main takeaways involve the acting, makeup, sets, and one editing issue.

The acting, makeup, and sets are notable primarily because of how stagey they are. The actors are wearing mime-style pancake makeup, and then acting in a very stylised, large-eyed style — in fact there is a reason for this that fits with the plot, but it is also very Weimary. 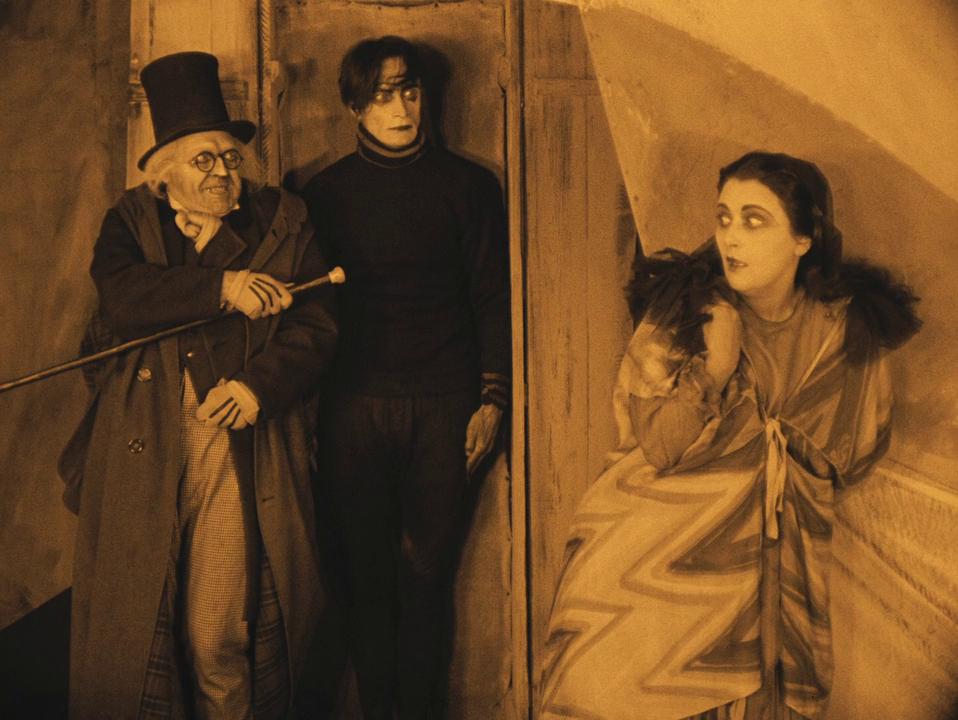 Another interesting thing is the way scenes transition: basically pretty much every scene begins or ends with an Iris Shot — a transition in which the scene opens up from or closes down to a small circle. Apparently this is something that this movie in particular is well-known and quite influential for. Notable is the way it uses double irises to indicate simultaneous action. 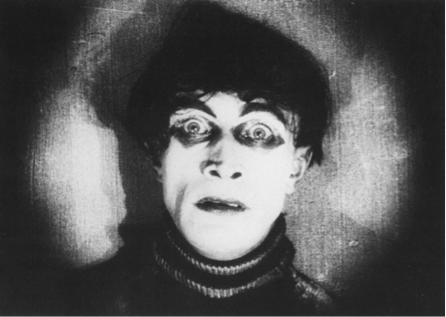 An iris shot closing or opening on Casare

As a side note, I’m also watching season three of Babylon Berlin, which is set in large part on a movie set in Berlin in 1929. Watching Dr. Caligari helped me understand a couple of things they are doing there: the iris shots that really hold the small circle at the beginning of a new scene (a straight homage to Dr. Caligari) and the very stagey sets and acting of the movie that is at the centre of this season: while they film in this case is a talky — a musical, in fact — the presentation, set, and acting is very reminiscent of Dr. Caligari.

A second note. The intertitles are really cool. If you like the script they use, there’s a font available.